Once for your brimming streets and crumbling houses, your defiant greenery and sooty walls, your buses, trams, monuments, slopes and stairs.

Once for for your busy, beautiful crowds, walkers, drivers, talkers, smokers, drinkers, shouters.

Once for your larger-than-lifeness, your tucked-away brutality, your childish, glorious friendliness and all the promises that circle your skies like a everlastlingly turbulent flock of jackdaws.

Three times I kiss you farewell, Belgrade, wondering ”Will there be a revelation when the final moments are taken from my hands?” 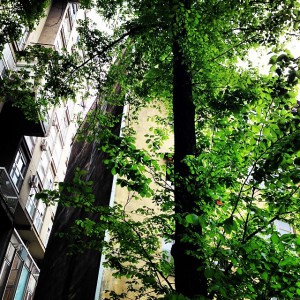 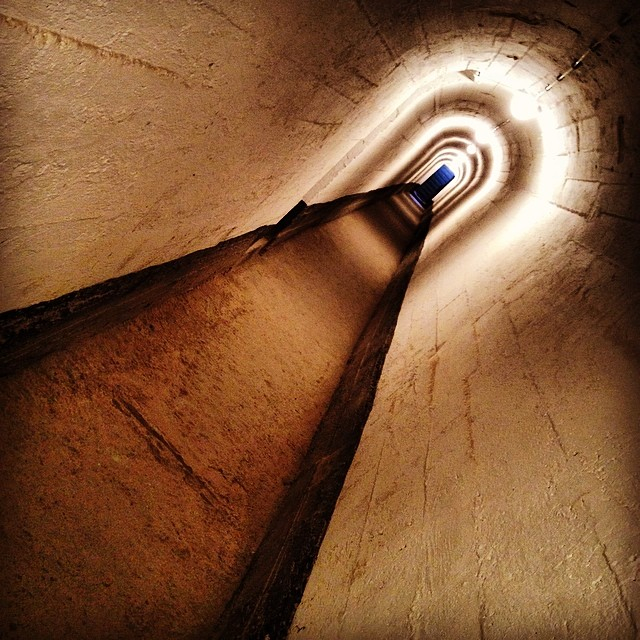 Just like Blacky in the Kusturica movie, I have now experienced Belgrade from underground. An excellent tour which explained the complicated story of a city that has been a military target in over in 115 wars and destroyed 44 times. 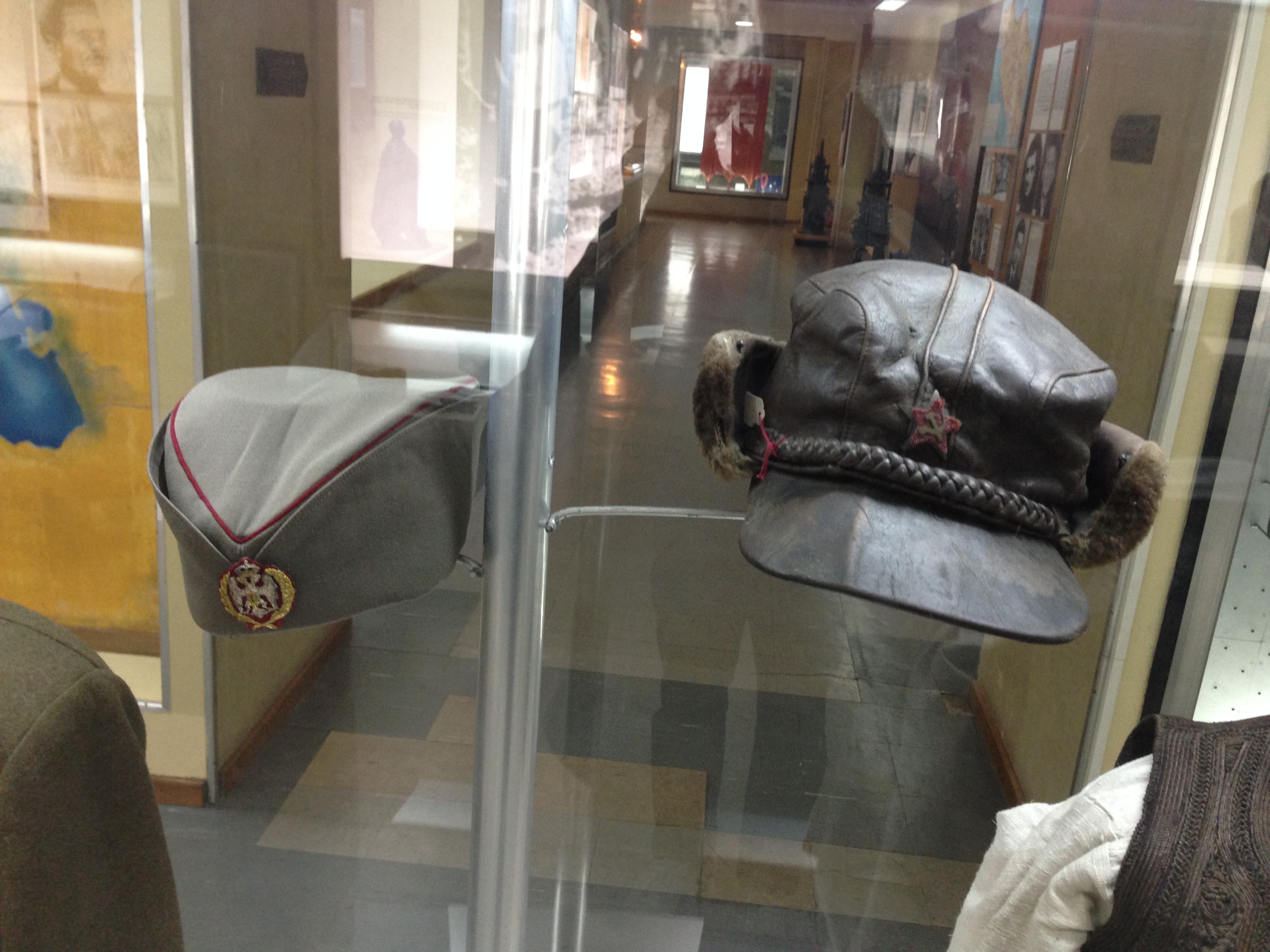 The war museum in Kalemegdan is–not surpringsingly–a labyrinth of corridors and display cases where Ex-Jugoslav and Serbian history is exhibited in all its spectacular complexity and brutality. Our head spun after trying to follow this confusing and often disturbing story, told by artifacts like an Illyrian spear, a Byzantine helmet, a janissary uniform, a German incendiary bomb, a chetnik hat, a partisan machine gun, a Croatian AK-47, an Albanian mortar, a NATO graphite bomb.

It was a relief to leave the stale air of the museum and stand on the sunflooded ramparts of Kalemegdan and feast our eyes on a hawk hovering over us.

In the evening, I threw a goodbye party to old and new friends. I offered ärtsoppa med varm punsch (pea soup with hot punch), some weird Swedish drinks and salty licorice.

After this Vorspiel, we went to the best restaurant experience of my stay: Stara Hercegovina, where my friend Petter had some—yuk!–tripice.

Here Fritiofsberg Andersson,
it snows on his hat, he goes with singing,
he goes with the game!
Hello, my cheerful brothers!
It crunches under your heels,
it’s winter.
Hey, if you want, just let me know, so we go back to Söder! 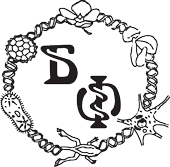 It may seem peculiar that my assignment this morning was to give a lecture at the Faculty of Biology: three hours about science communication in the library where portraits of stern professors from times past looked down at me and the students.

Actually, this was the seed from which my entire visit grew and was planned before I even heard of the Kuća Za Pisce program. (More about this stuff here.)  The individuals involved know how grateful I am for the efforts they made to create this opportunity for me.

Here am I on my way to the lecture. This photo is a great representation of how Belgrade has made me feel: curious, vitalized, young and prepared to be vulnerable. 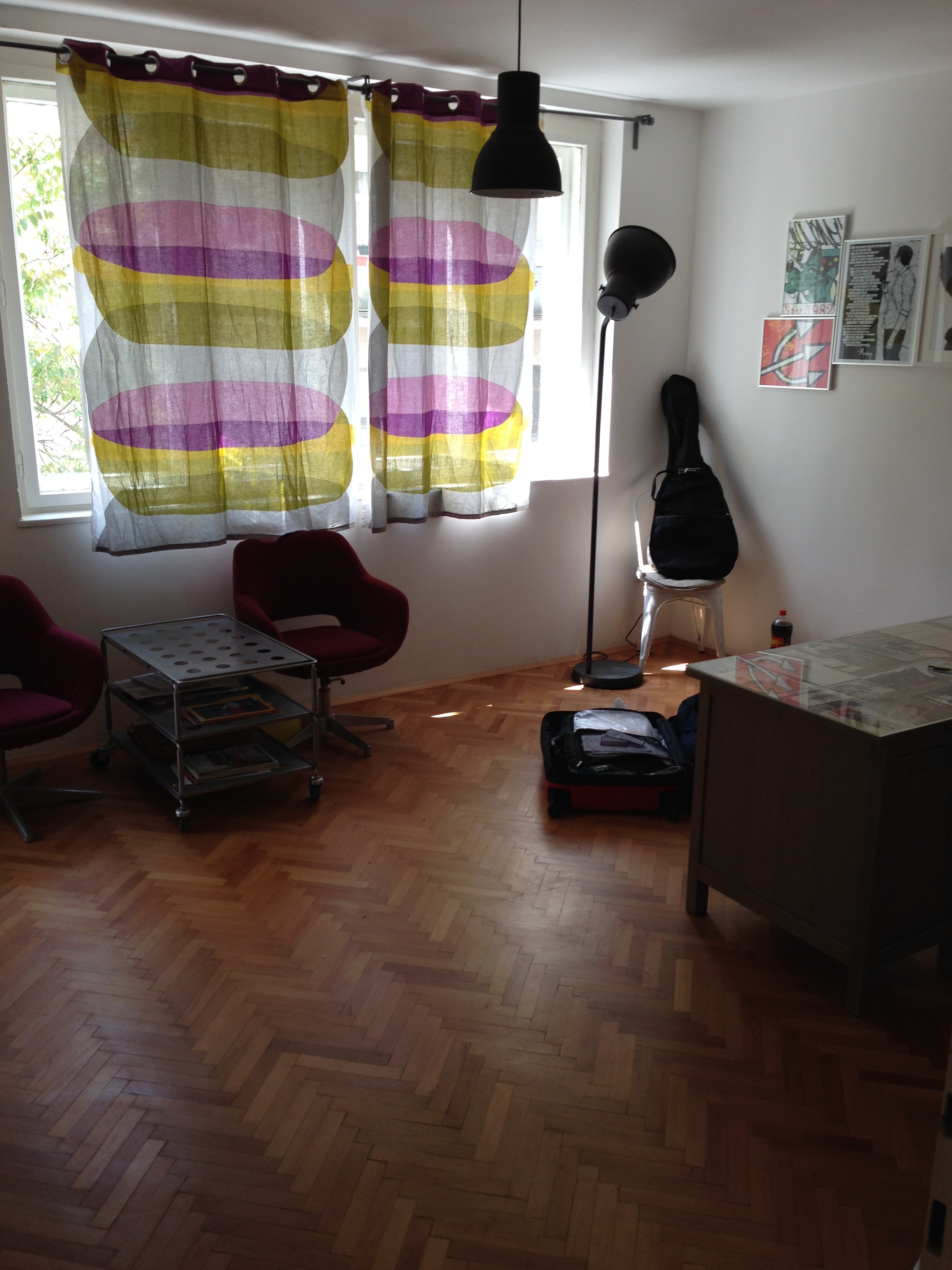 Sometimes you bite off a little more than you can chew. The lecture with my personal reflections about Swedish inventors and design needed more preparations than I had planned for, but when you ”Keep calm & carry on”, most things work out in the end.

Finally, there was time for some tourist stuff.

The reception at the designers’ meeting point Nova Iskra was – like most Serbian receptions – warm, engaged and chatty. 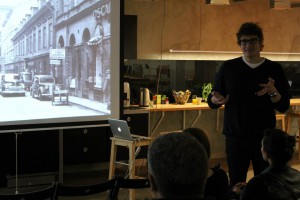 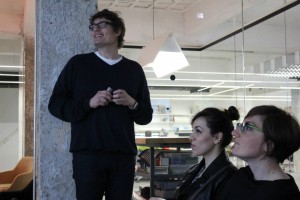 Not surprisingly, our jolly company ended at a restaurant, where we had some great—tada!—conversation. 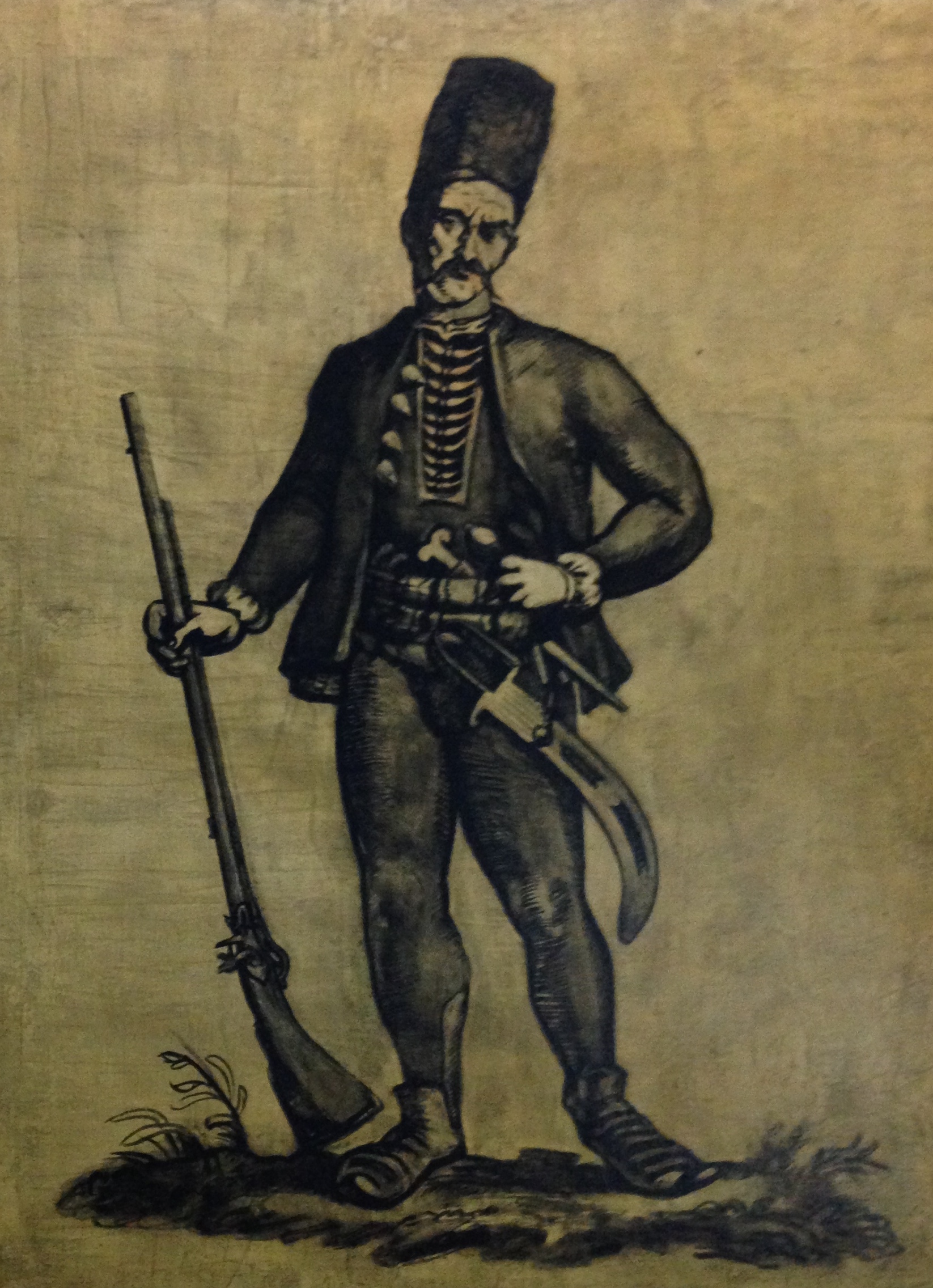 When my Serbian contacts wondered what kind of author I am (or have been so far, as I prefer to see it), I usually told them about my books in the series Historiska ord. As, unfortunately, no one of them reads Swedish, I went on to explain the hejduk case.

In Swedish, a hejduk is a person who loyally obeys an evil minded person’s order – a thug, a gorilla or perhaps a soldato, to use a mafia term.

The image below shows an original hajduk, a sort of outlaw and guerilla fighter who in the folklore of Balkan became a Robin Hood-like character—always in opposition against the Ottoman turks and in defense of the poor people of the mountains and valleys. 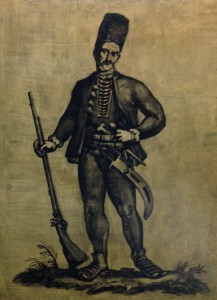 The Serbians claim it is a Serbian word, and the Hungarians claim it is a Hungarian word and some say it’s Turkish … I politely leave this discussion and say: the haiduk is a Balkan thing which we can find in a lot of places; most known to ”westerners” today is probably the football club Hajduk from Split, Croatia.

The free and wild hajduk eventually turned into a Hungarian type of mercenary, which in the 16th century also became a kind of Polish uniformed footsoldier, armed with arquebus (a primitive rifle) and a saber. This kind of soldier was found not only in the armies of Poland’s wars, but also in the personal bodyguard of Polish noblemen.

In this way, the concept reached Sweden. In the late 16th century, king Sigismund–son of a Polish-Lithuanian princess and hence king in Poland-Lithuania–and his uncle—duke Karl—fought about the power. Karl IX eventually won the throne through his triumph at the battle of Stångebro in 1598. In the aftermath, Sigismund was described with contempt in the propaganda (not least for he was a despicable Catholic). Hence, hejduks was seen as something that gangsters and evil kings surrounded themselves with. (If I am not mis-informed, a hajduk means ‘servant’ in modern Polish.)

PS It is probably an amusing fact for most Serbians that the word krabat in Swedish, which is normally used today to describe something cute and cuddly, originally means ‘a Croatian’. In the Swedish propaganda from the Thirty Years’ War, the Croatian cavalry—fighting on the Catholic side—was famous for being extraordinarily ruthless and merciless. Hence, the original Swedish meaning of the word krabat was ‘reckless person’. 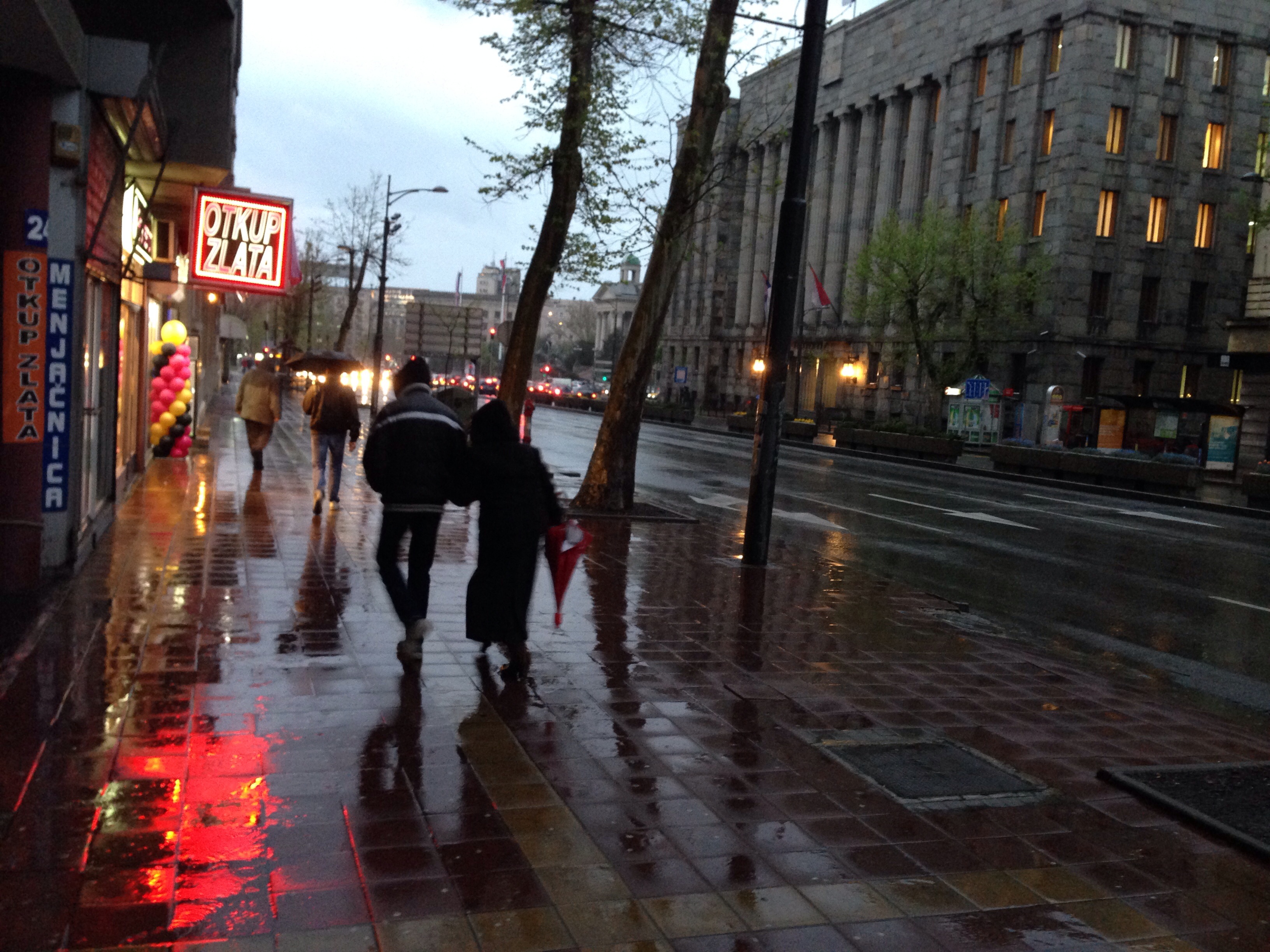 One of the most gripping scenes in my host Vladimir’s novel In the Hold (U potpalublju, 1994) is a scene from Bulevar Revolucije (a Tito era name of  Bulevar kralja Aleksandra) where

… the ground beneath our feet was breaking up [—] and out of this depths came the unbearable stench of the centuries, which, in our inertia, we had failed to use in a dignified way …

After this vision, the narrator

.. endeavored to move along the spittle-covered streets.

These are my two reflections:

1. I have also experienced Bulevar kralja Aleksandra as a place where you feel exposed and alienated.

2. The streets of Belgrade are indeed spittle-covered, or at least gum-covered.

I have learned so much about Serbian lifestyle, society, culture, politics and culture. But its strange how little Serbian I have managed to learn.

These are my conclusions and observations:

But I am sure that as long my Serbian friends keep motivating me to storm the strong citadell on the hill, I will attack—again and again!

Once more unto the breach, dear friends, once more!
(Shakespeare: Henry V)